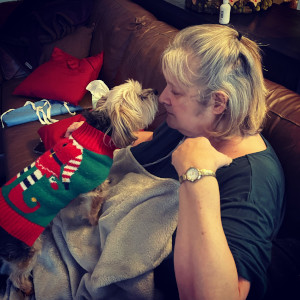 My name is Leslie (Tammy) Schnarrs, and this is why I make Every Step Count

On December 2, 2020 I was admitted to the hospital with Covid. I stayed for 21 days. They weren’t sure when I’d leave and looking back now, I realize they probably weren’t sure if I would leave at all. I refused the vent so many times while there, and I now believe it probably saved my life. My daughter picked me up on Dec. 23 and moved me in with her for six months, while I slowly healed. She used to work for the ALA, and because of her amazing connections to volunteers and resources at the ALA, she found me a great respiratory rehab, which I did for three months, and pulmonary care here in Pittsburgh with UPMC. Having to live with oxygen and fight for my breath every day was both exhausting and eye-opening. I am one of the lucky ones - a survivor.

I graduated from rehab in June of 2021, as well as the 24/7 oxygen and moved back to my home in central PA. I’m still healing and working with my amazing pulmonologist to manage my other issues now, like sleep apnea, and quarterly tests to check the air pockets throughout my lungs and my pulmonary function and the nodule that has appeared on my lung. While life is definitely not back to normal, I don’t take a single moment for granted, and feel honored to share my story and serve as the FFAC’s Lung Force Hero and I’m thrilled to see all of the work and resources that the ALA has allocated towards COVID and other lung diseases - and hope the very funds you are helping to raise can help folks like me, who continue to stump the medical community. 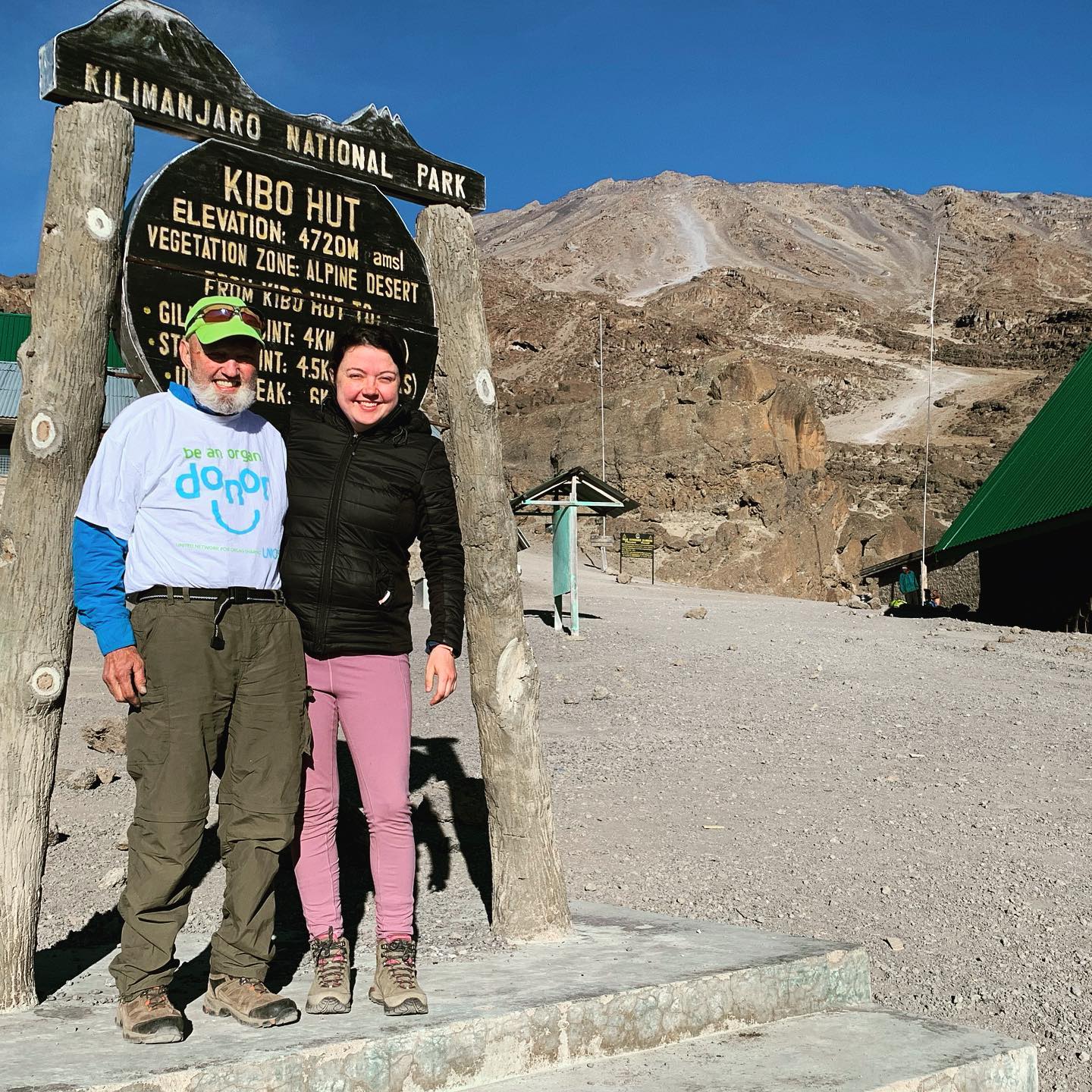 My name is David Skalski (Ski), and this is why I make Every Step Count

SKibo was hiking Mount Kilimanjaro in Tanzania, Africa on the Rongai Route, moving slowly from East to West, advancing through the alpine desert near Kibo Hut at 15,931feet. He was approaching Gilman’s Point at 18,885 feet. In the distance he could clearly see the ice cap of Uhuru Peak, the ‘Roof-of-Africa’ at 19,341. He couldn’t speak … with a tube down his throat. His hiking sticks were two rolled up hand towels. He saw the red exit sign in the corner of his room at Lancaster General Hospital. SKALSKI was delirious from the anesthesia and heavy sedation, post surgery. “I was climbing the mountain in my head” says Skalski, 66, of Lancaster, Pennsylvania.

Interstitial Lung Disease combined with a very rare case of Myositis MDA5 destroyed 75% of his lung in just three days. Meanwhile, he was gasping on 15 liters of oxygen just to survive. The only course of action was a Lung Transplant. Climbing Kilimanjaro in 2017 was out of the question.

Jon Tuzak was the organ donor. A young 26 year old from Chicago, with his life ahead of him. His father, Tom Tuzak says “he loved Life” while Jean, his mother, stated “it is good to know other people can have good experiences because of our son.” “I would encourage recipients to reach out to their donee families,” Mrs. Tuzak says. “It has been such a positive experience for us. It helps”

August 1st, 2017, THE TRANSPLANT WAS SUCCESSFUL: Skalski could breathe again.

After corresponding with Jean Tuzak for eighteen months, we agreed to a call.

We talked and the ice was broken, David asked her a delicate question. Ski said “do you have an old guitar picks of Jon’s… I’d like to take it to the top and pin it on the summit sign.” Jean hesitated slightly, and then agreed to find me something of Jon’s to commemorate him on Kili. Jean then asked her delicate question. She told me they had Jon cremated, and they had some remaining ashes. She then asked me: “.. would you be willing to carry them up Mt Kilimanjaro?” She completely blew Skalski away. He was flabbergasted. Skalski couldn’t talk for about two or three minutes. This epiphany changed Ski’s reasons for climbing… instantly. Ironically, Jon was afraid of heights according to Jean, his mother said ..and “he would be thrilled to go along for the ride”.

Alaina Skalski, his daughter & climbing partner agreed this was the very best way they could honor Jon. “We are all part of the mountain now”, she stated.

This became our NEW purpose.

I will be training for my climb through the Fight For Air Climbs in Pennsylvania. On March 9, 2022 at PNC Park in Pittsburgh and April 19, 2022 at Three Logan Square in Philadelphia. Funds raised will support the American Lung Association’s mission to save lives by improving lung health and preventing lung disease. 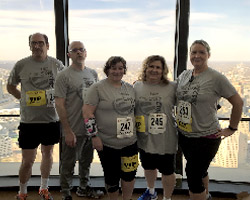 My name is Kathy Reno, and this is why I make Every Step Count

I climb because no one should struggle to breathe. I have asthma and I know how scary it is when it is hard to breathe. Climbing 71 flights is very hard for someone with asthma, but I have done this for three years and it is so rewarding.

I starting climbing five years ago when Geri Bresnihan, who I met in Jazzercise convinced me that I am stronger than I thought I was. She met me and we practiced stair climbing and I did 30 flights the first time and thought I could do this! It pushed me outside my comfort zone to ask for donations, but now I enjoy fundraising.

The American Lung Association is the leading organization dedicated to saving lives by improving lung health and preventing lung disease through education, advocacy and research. The Lung Association provides support and education for those living with asthma, lung cancer, chronic obstructive pulmonary disease (COPD), and fighting external threats to lung health such as tobacco, air pollution, and more. And we all need to breathe!