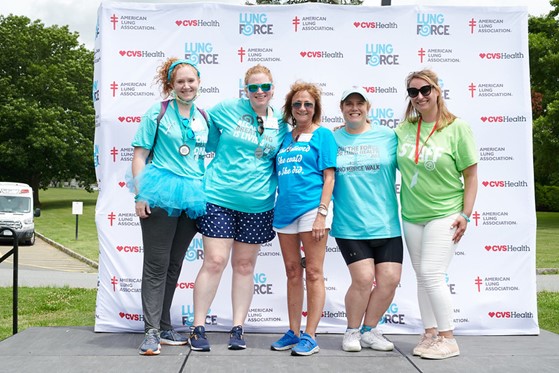 The Leadership Committee is an elite group highly committed and dedicated to driving the nation’s largest lung health movement, LUNG FORCE, and reversing the course of lung cancer, COVID-19, COPD, asthma and other lung disease.

By banding together as one FORCE, we will defeat lung disease, improve the lung health of millions and ultimately, save lives.

If you are interested in becoming a LUNG FORCE Walk Westchester Leadership Committee Member please contact Lisa Burdzy at 917-210-5651 or WCWalk@Lung.org 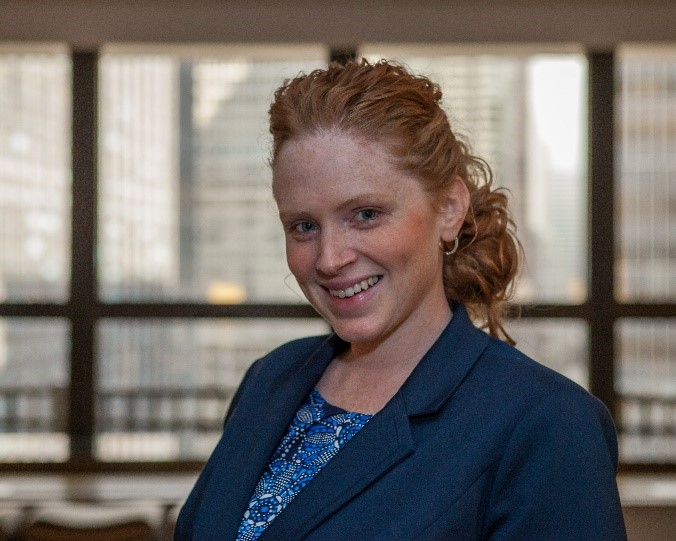 Lauren Nachstein is the Head of Audience Insights and Research at RICS, a global professional body promoting and enforcing the highest international standards in the valuation, management and development of land, real estate, construction and infrastructure. She got involved with Lung Force back in June 2018, just a few weeks after her husband Andrew was diagnosed with stage 4 metastatic lung cancer at the age of 35. Feeling lost and hopeless about Andrew’s diagnosis, she joined Lung Force to find hope, to help find a cure for her husband, and also as a way to rally the troops and cheer him on through his battle. Sadly, despite Andrew’s fierce determination to live, he passed away on October 16, 2019, just 17 months after his diagnosis. She stays involved in Lung Force to raise funds in her husband’s memory in hopes she can help find a cure for someone else so that no other family has to face the unimaginable pain her family experiences on a daily basis. She continues to walk and raise funds and awareness because she knows how important education and early detection are to beating this disease. She also hopes for the advancements of treatments so that they result in fewer side effects, something her husband faced on a daily basis. Most importantly though, she stays involved in hopes that she is making Andrew proud of what she is accomplishing in his name.

In addition to her work at RICS and involvement with Lung Force, Lauren is also an assistant Girl Scout troop leader for an energetic group of Brownies. 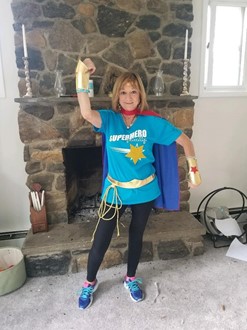 October 23, 20201 marked 6 years since Mariann’s life changing diagnosis of Advanced Non-Small Cell Lung Cancer. She joined the LUNG FORCE Walk Westchester in 2016 and is proud to be a voice for all of us on this journey. She is positive, encouraged and hopeful that increased awareness and funding will continue to keep giving options in treatment and care. Mariann was honoured to be part of LUNG FORCE Advocacy Day in 2020. It was a virtual experience that had a powerful impact on the representatives from our states for increased funding and healthcare protections.

Together with family and friends, Mariann will continue to fight this fight for all!! 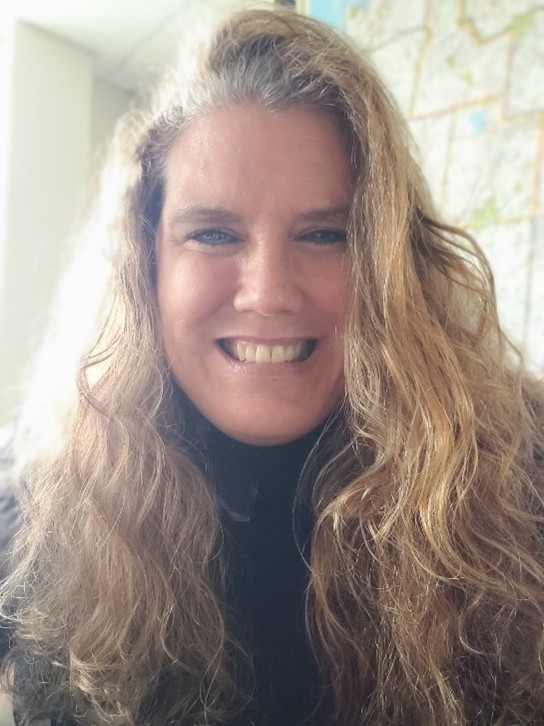 Tracey joined LUNG FORCE in January 2016 after caring for her mom, Judi who died within 6 months of diagnosis on October 14, 2015 from a rare form of lung cancer - Large Cell Neuroendocrine Carcinoma.

She devoted her career life to the aviation industry, where she control situations or "fix" them. When cancer struck her family, she found herself in uncharted waters - not having any control over or being able to fix this horrible disease.

She found LUNG FORCE while researching the cancer her mom had and decided to be a part of this important initiative to help others but especially to keep her memory alive. Every year since inception, her team 4u JuJu walks -- for her and for everyone encumbered by lung disease -- to hopefully find a cure one day. 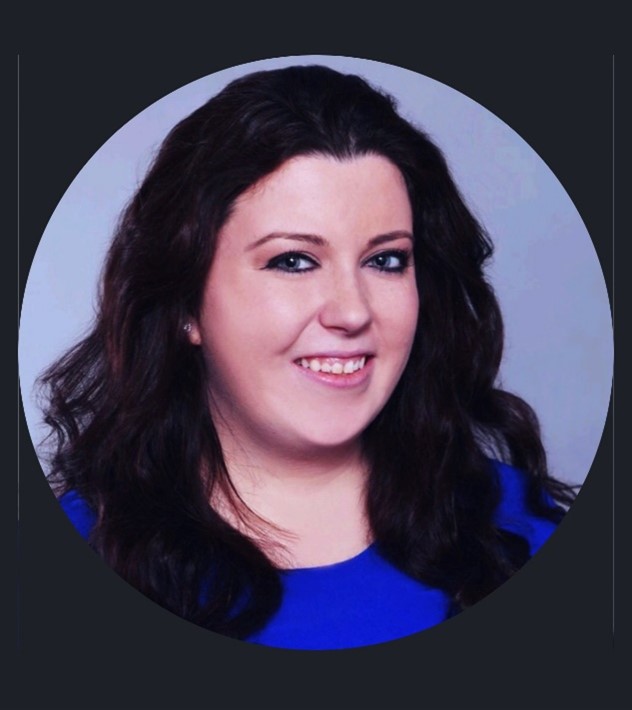 KatieLynn Mulligan is the Marketing Coordinator for Martin Clearwater & Bell LLP, a defense law firm in Manhattan. She became involved with the American Lung Association after she lost her Mom, Patricia, in October 2017 to lung cancer.

To keep her memory alive, the Mulligan family hosts an annual golf outing in her name through Katie’s Dad’s business - Mulligan’s Fireside Pub, and donates all proceeds to The American Lung Association.

When Katie was approached to join the leadership committee for LUNG FORCE Westchester, she did not have to think twice about joining. To “go above & beyond” was her Mom’s famous line, and Katie intends on doing just that in memory of her and for all those who continue to fight. 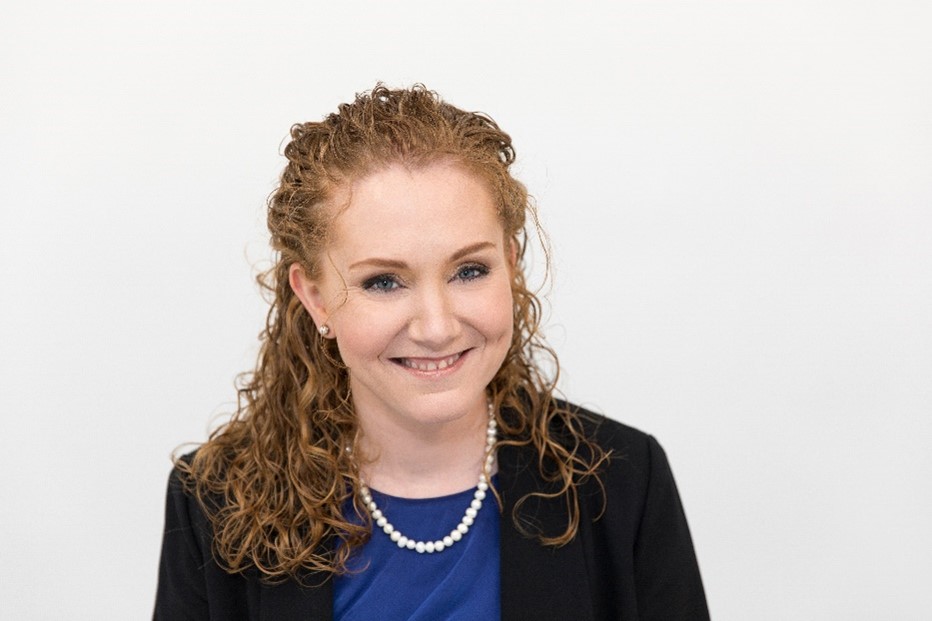 Kristin Ohnmacht has been the Director of Marketing for Bilotta Kitchens for 19 years. She became involved in Lung Force as a team member on Love Your Lungs in 2018, just after her brother-in-law, Andrew Nachstein, was diagnosed with stage 4 metastatic lung cancer at the age of 35. Sadly, in 2019, Andrew lost his courageous battle against lung cancer leaving his family in incredible pain with a hole that will never be filled. In 2021, Kristin decided to join the Lung Force Westchester committee as a way to honor Andrew and support her sister, Lauren Nachstein, who was already a committee member working to promote and educate despite her own unimaginable grief. 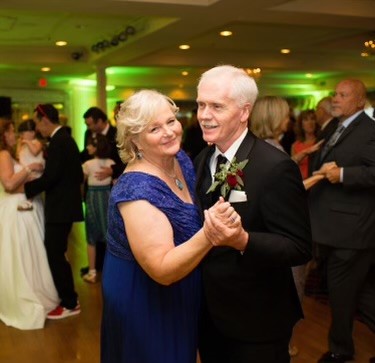 My name is Peggy and LUNG FORCE is a particular mission for me. My mother-in- law passed away in 1992 and my mom in 1993, both from lung cancer. In 2019 we lost our son-in-law after a heroic struggle, also with lung cancer. But my story doesn't end there. My brother-in-law passed away in 2021 from pulmonary fibrosis. My brother continues to recover from one of the worst cases of Covid one could have and survive, but after 15 months he remains on oxygen and is dependent on others for help with all daily activities. He was healthy and active when he contracted Covid, likely at a yoga class. He will never be the same. Then there is me- recently diagnosed with ILD or idiopathic lung disease. Not sure what my future holds, but I am counting on science to find treatment.

I am counting on lung research to find treatment and cures, and will do my part in making it happen. 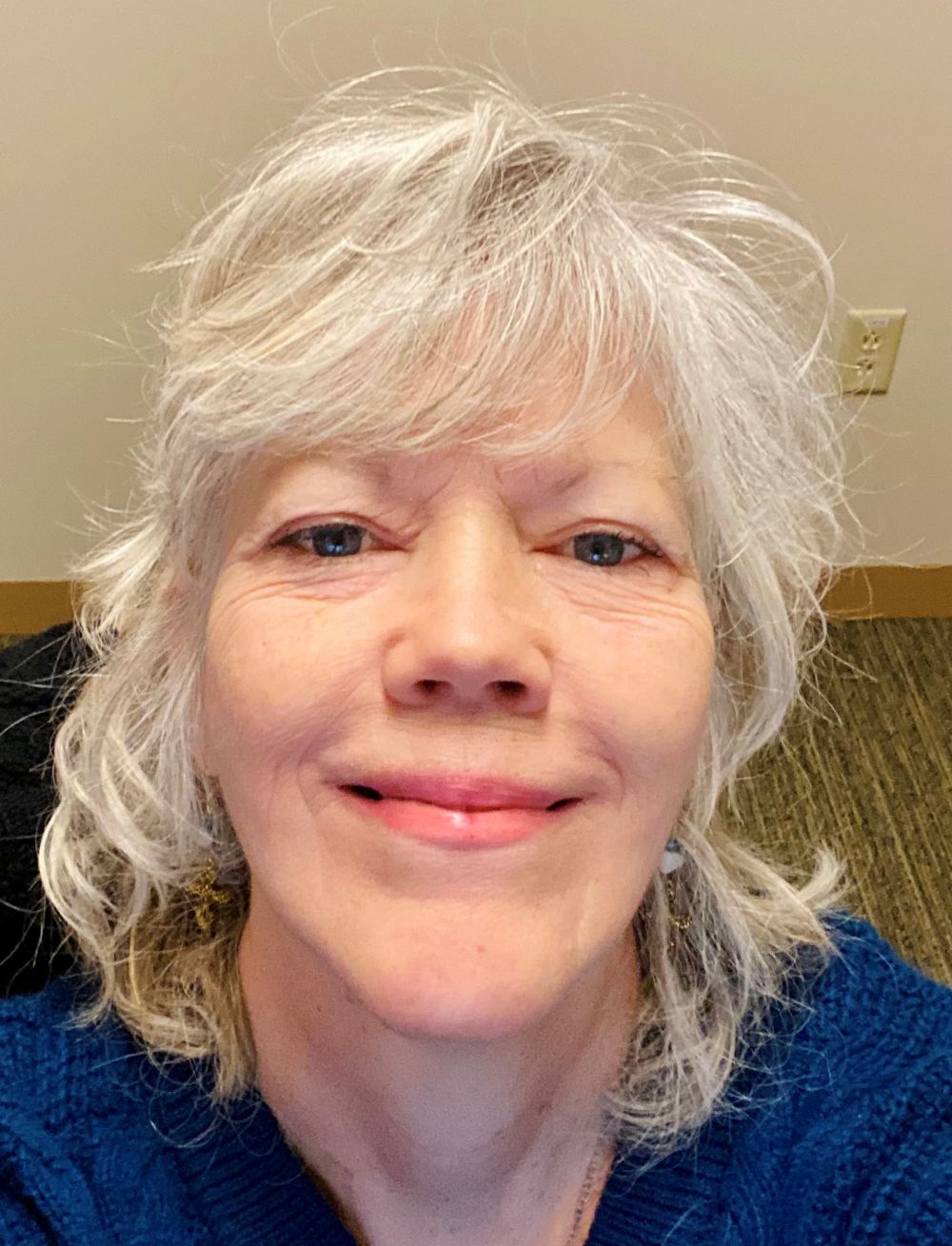 Jayne O’Malley was born in New York City, and moved to the Hudson Valley in 1984. Jayne worked as an Administrative Assistant in banking for 20 years. In 1997 she joined Garnet Health Medical Center (GHMC) Formally Orange Regional Medical Center, and became a Registered Nurse in 1998, achieving Oncology Certification in 2001. In 2014 Jayne initiated Nurse Navigation Programs for Lung Cancer and Head & Neck Cancer in ORMC. Nurse Navigators support individual patients in a comprehensive manner, helping to navigate a patient’s cancer journey with compassion and support. As a Lung Cancer Navigator Jayne works closely with Thoracic Surgery, Medical Oncologists, Radiation Oncologists, Palliative Care, and other disciplines, and is a member of the Lung Cancer Screening Program team at GHMC. She works closely within the community with organizations such as the Hudson Valley Cancer Resource Center, the American Lung Association, and the American Cancer Society, to provide resources and assistance to patients. Jayne is currently one of the Facilitators of the Schwartz Center Rounds at GHMC, which is a confidential forum for employees to share stories, emotions, and social aspects of working in healthcare provided to support staff. In 2017 the role of Manager Navigation Services was undertaken to oversee the Lung, Head and Neck, Gastrointestinal and Breast Cancer Navigation services offered at GHMC. She also facilitates Lung and Multiple Myeloma Support Groups at GHMC. Some of the highlights of her career include being a national finalist at the Schwartz Center for Compassionate Care in Boston in 2014, and being honored by the Cancer Resource Center of the Hudson Valley as a “True Cancer Warrior” in 2019 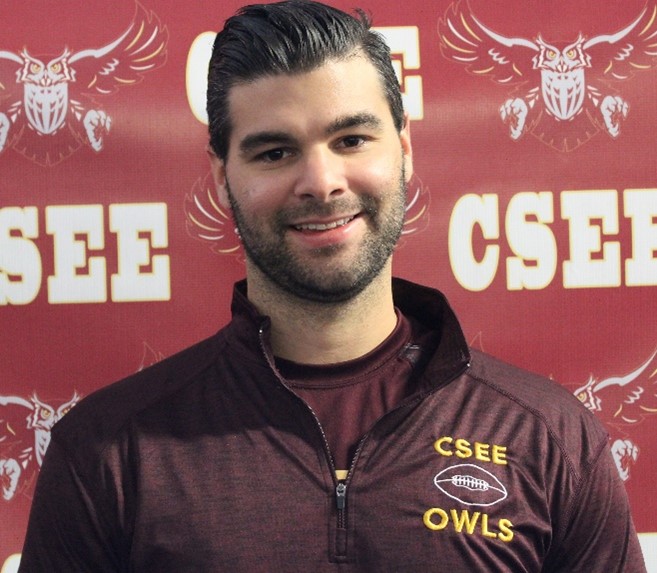 Ryan Settler is in his first year serving on the LUNG FORCE Walk Leadership Committee. He has walked for the last 3 years as a member of Team Uncle Buck Strong - who walks for his late Uncle, Robert Settler (Uncle Buck), who lost his battle with Lung Cancer in 2017.

Ryan spoke about his Uncle’s inspiring story at the 2021 LUNG FORCE Walk and hopes to continue to carry on his memory while helping others in their fights with lung disease.

Ryan currently serves as the Health Director at the Charter School of Educational Excellence in Yonkers, New York. He has been teaching and coaching at CSEE for 9 years. Ryan resides in New City, New York with his wife Ashley and two daughters, Lucy and Reese. 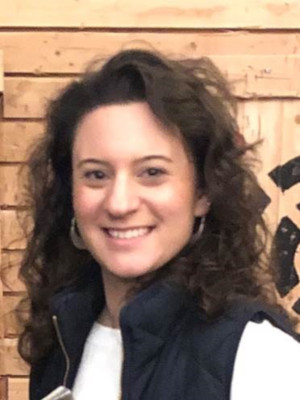 Caralyn is the Supervisor of Respiratory Care Services at Phelps Hospital. She attended the University of Hartford where she received a Bachelor’s of Science in Respiratory Care Services. Caralyn has been a Registered Respiratory Therapist for 7 years and was a NYS EMT for 4 years while obtaining a BA in Sociology from the University at Albany. Recently, she became credentialed as a certified pulmonary function technologist. Caralyn became involved with the American Lung Association in 2015 through the Pulmonary Lab at Phelps. As a Respiratory Therapist, Caralyn works directly with patients who have chronic lung disease (Lung Cancer, Pulmonary Fibrosis, COPD, Asthma, Post COVID, etc.). She also works closely with pulmonologists and oncologists to help develop treatment care plans and perform diagnostic testing for these patients.

In the Pulmonary Lab, we have partnered with the American Lung Association to offer support groups for our Pulmonary Rehab patients and their caregivers. In 2018, she joined the Lung Force Committee to help raise awareness and provide resources to patients. Joining the Lung Force Committee has allowed Caralyn to not only honor her patients, but also to honor her family. Caralyn’s father is living with bronchiectasis (a condition in which the lung’s airways become damaged resulting in frequent infections and mucus buildup) and lost her grandmother at a young age to lung cancer. Caralyn is looking forward to raising awareness on the importance of lung health while also continuing to fight to find a cure for lung disease!