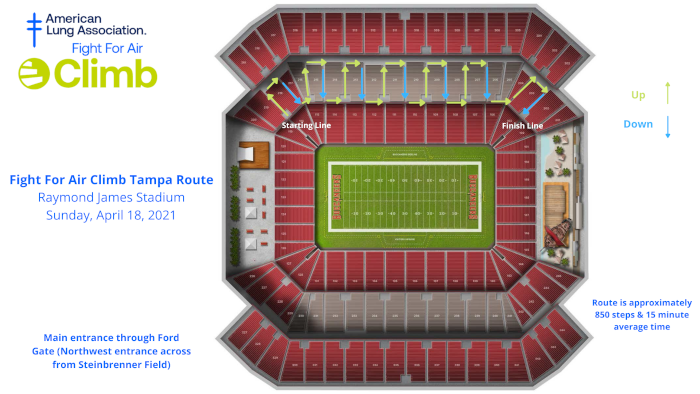 To ensure the safety of all climbers, please be courteous. Climbers will be spaced out to start one at a time, and safety measures will be taken to ensure proper social distancing both at the event and during the race.

Water stations are located throughout Raymond James Stadium with individual water bottles. Water fountains will be turned off at the stadium on event day, and no personal beverages are allowed into the stadium. Please also hydrate before you enter!

Trained medical personnel will be located throughout the venue in case you need assistance. Volunteers will also be available at the water stations.

Climbers must be at least five years old to participate by the date of the event. Any climber under the age of 18 must climb with an adult (age 18 years or older) and must not be left alone under any circumstances. For adults who climb at a faster pace, please note that your child may not be left unattended while you climb, so make arrangements accordingly. Due to stadium regulations and to ensure your safety and that of your child, child-toting is not allowed.

We appreciate the hard work and dedication of every climber and team who has raised money to fight lung disease. Participants and teams who have gone above and beyond will be recognized. Awards will be announced post-event, and details will be provided to winners for pick up.

We will be displayed personalized honor and memory signs along our Climb route, as well as offering Jumbotron shoutouts and Jumbotron photo spotlights on event day for an additional donation (priced vary.) This is a great way to commemorate event day! Please click here to purchase, or for more information. Jumbotron and signage sales end at noon on 4/14/21. 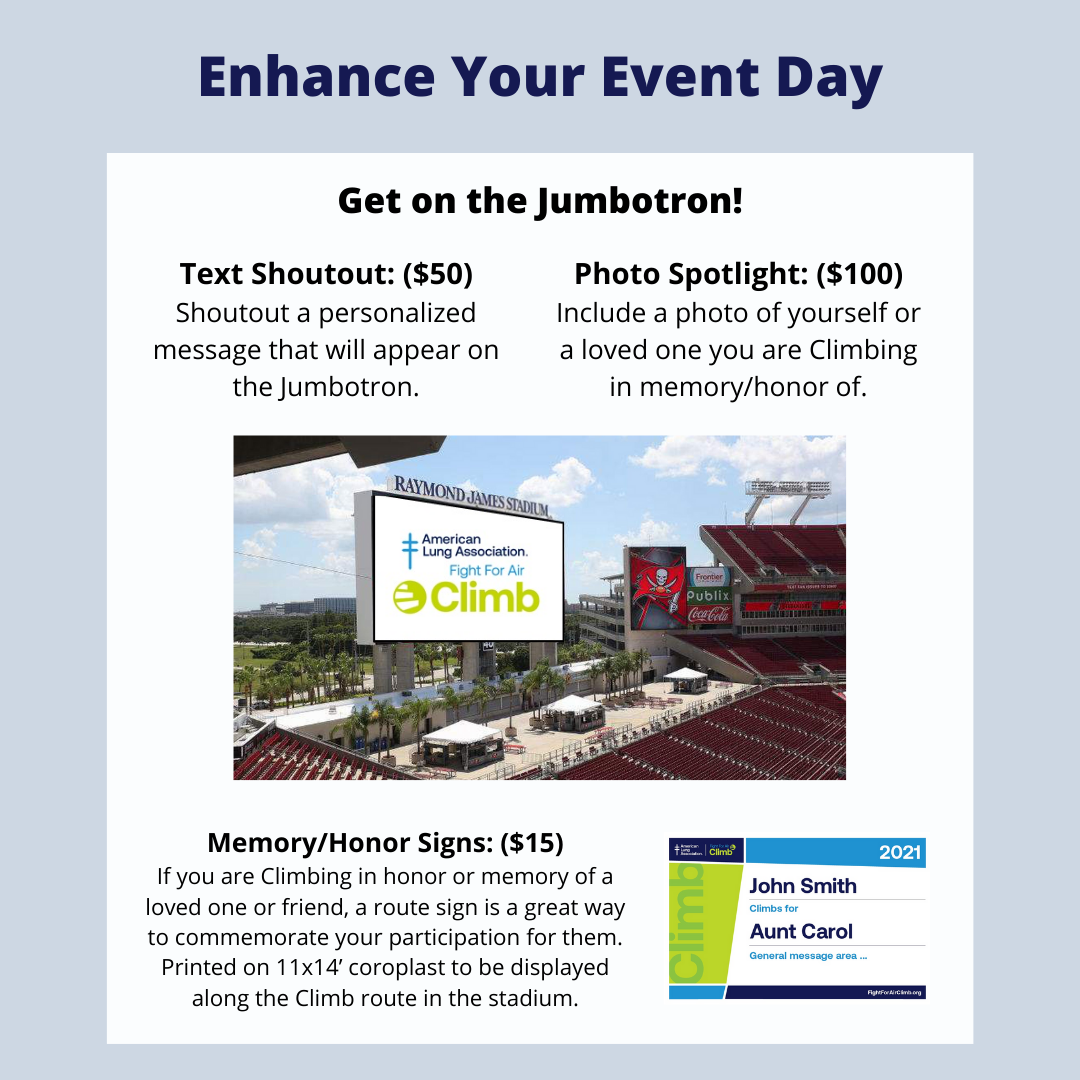