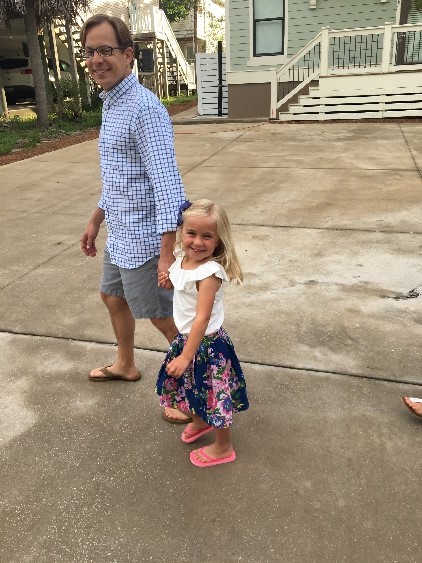 My name is Erik Lund, and this is why I make Every Step Count

I climb in the Fight For Air Climb in Kansas City each year because my family has been directly impacted by lung disease. My grandmother was a lifelong smoker who fought a long battle with emphysema. I watched her as she struggled with the disease that required her to use supplemental oxygen to breathe. Additionally, my youngest firecracker of a daughter, Georgia suffers from asthma. Dealing with asthma makes her susceptible to chest colds and other illnesses. It pulls at my heart anytime I see her struggling to breathe.

Since my family is directly impacted by lung disease, I decided I needed to do something to make a difference, so I started to climb. It been my honor to be involved in the Fight For Air Climb in Kansas & Greater Kansas City since inception, in 2016, and lead the local event committee as a co-chair. 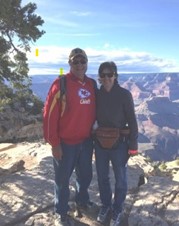 My name is Ralph Agee, and this is why I make Every Step Count

My name is Ralph Agee. My wife, Jan and I have been married for 35 years and we have three daughters and one son, with eight grandchildren. As a family, we enjoy going to our cabin on the lake. In 2009, after an active summer of working on the cabin, I went to the doctor for his annual physical. My doctor ordered a routine chest x-ray, which revealed a spot. Subsequent tests showed the spot as well, so they recommended a surgery and a biopsy. While I was still under anesthesia, the doctors tested the tumor. I was diagnosed with lung cancer, although I had no symptoms or risk factors for the disease.

“I woke up and found out that it was a malignant tumor and that they had taken the upper left lobe out,” I said . “I never had to go through chemotherapy, radiation or anything like that. I am very fortunate they caught it early.” After surgery, I got along very well but became short of breath on strenuous activities. In 2015, I started walking the stairs at my local gym and made it part of my workout. My wind did improve after these stair workouts. My trainer saw the information for the first Kansa City Fight For Air Climb that year. She said it was something we had to do. Together we created a team and I’ve been climbing at the event each year since. I climb so that I can see my grandchildren grow up!

My name is Susan Warmerdam, and this is why I make Every Step Count

Nine years ago, I was diagnosed with Stage 4 Lung Cancer that had spread to my lymph nodes and adrenal gland. It had gone undetected for five to seven years. I never smoked, and I felt fine (except for an allergy-like cough), so hearing that I had an inoperable and incurable disease - with a 50% chance of living a year and 1.6% of surviving five years - brought about a plethora of emotions hard to describe.

Despite the hopeless medical statistics, I was determined to do everything within my control to fight my disease. I did extensive research in both western medicine and holistic practices, and took every step to embrace wellness and get the best medical care possible. I received treatment at Northwestern (which included two years on a daily targeted cancer treatment drug, one clinical trial, and ultimately three surgeries). I grew my faith exponentially. I practiced numerous alternative methods. And, I completely changed my diet - eliminating sugar, meats and dairy - and moved to a primarily plant-based diet. I believe all of these things worked together to help me beat the number one cancer killer… I've been off all treatment for seven years!

I have made it my passion to bring as much awareness to lung cancer and raise as much money for research as I can (my chemo drug started out as an experimental treatment for my type of cancer and helped prolong my life - all thanks to research). I want to help prevent this horrible disease, which took my father’s life in 1999 and several friends' lives since then, from affecting others. I am a spokesperson for the American Lung Association, who has given me a platform from which to advocate and fundraise. Together with my friends, family and colleagues, we have raised over $430,000 and funded seven lung cancer research studies to help find the causes, prevention, early detection and more personalized treatments for lung cancer.

Like most of the population, I thought lung cancer was a smokers' disease, but ANYONE CAN GET LUNG CANCER. There are 541,000 people living today that have been diagnosed with lung cancer (65% of them have never smoked or are former smokers that had quit). I climb to bring awareness to and raise money for lung cancer research. Please support all those who have been touched by the disease.

Thank you for your generous support and for giving all of us hope for a cure.