My name is Linda Jewell and this is why I walk

Linda Jewell participates in the Fight For Air Corporate Cup to raise awareness and educate people about the disease she suffers from, chronic obstructive pulmonary disease (COPD). She also hopes to raise money for research to fund better treatments and abolish the stigma associated with lung diseases.

COPD is the third leading cause of death in the U.S., and more than 11 million people nationwide currently suffer from the disease. For people with COPD, the airways of the lungs become inflamed and thicken over time making it more difficult to breathe. Though there is no cure for COPD, the good news is that it can be found early, when much can be done to treat and help manage the disease. People can live with COPD for many years with the help of medications, oxygen therapy, pulmonary rehabilitation, regular exercise and social support.

“Early diagnosis of COPD is very important, because you can slow the progression of the disease with proper medical care,” said Jewell.

On March 10, 2014, after nearly six years of being misdiagnosed with asthma, Jewell was officially diagnosed with COPD. This misdiagnosis is not uncommon. According to the Centers for Disease Control (CDC), millions of people suffer from COPD, but have not been diagnosed and are not being treated for the disease. After her diagnosis, she was hospitalized for 11 days.

"I was breathless all the time. It got worse and worse and worse. One morning, I barely managed to get in the shower and wash my hair, but didn't have the energy to dry my hair," said Jewell. "It [COPD] is like going under water and you can see the top to get air, but you can't swim up to get that air. You are suffocating."

She decided that she was going to do something to keep herself active and saw an advertisement for the Corporate Cup. Since she lives far away from a pulmonary rehab facility, she hired a personal trainer to help her get active and train for the event. Her trainer, William Roden, owner of Will Power Fitness, has a Bachelor of Arts in Health, Physical Education and Recreation, and Sports Management. Although he is not a respiratory therapist, he has gone far and above his profession as trainer to further educate himself in pulmonary disease. With his knowledge, he has created low impact, resistance and strength exercises which include the very important breathing exercises.

Each year, with only 30 percent lung function, Jewell walks the 2-mile Corporate Cup course alongside her 11-year-old grandson, Michael Loomis, and her trainer, Roden.

During the Corporate Cup, she wears a COPD shirt to help educate people on the disease and to reduce the stigma associated with lung diseases.

"While smoking is one of the major causes of COPD, many people who suffer from it never smoked. Secondhand smoke and many other pollutants contribute to the pervasiveness of this disease. There should be no disease shaming because someone smoked. I do the Corporate Cup to reduce disease shaming," she added. "I also do the Corporate Cup because it gives me something every year to look forward to. It is one more year that I have survived this terrible disease." 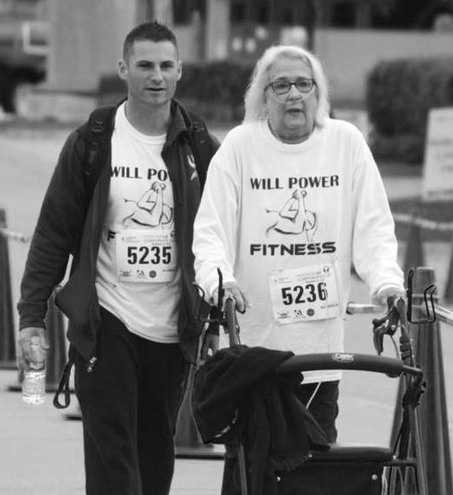 My name is Dennis Magnuson and this is why I run.

Brother in law that was more like a brother died of lung cancer. He was a very fit biker who rode a 150 mile ride just a couple months before discovering he had stage 3 lung cancer.  He lived another year and a half, but every time I work out or run I think of Jim and his life cut short by a disease that is hard to detect and even more difficult to cure. Both he and I smoked in our youth, but we both quit more than 30 years ago, so lung cancer was the last thing either of us imagined would strike after so much time had passed. I participate for Jim.

My name is Jazmond Goss and is this is why I run.

Two puffs, every day, before gym and recess – I couldn't forget, or I couldn't breathe. Sometimes I would have to leave in the middle of class, my barky cough too disruptive for the classroom. Constant doctor's visits and conversations with the school nurse color my earliest memories. I run for the kids growing up with the troubles that I had. I run for my youngest niece who, similarly, utilizes an inhaler to keep her breathing easy.

My name is Mary Blodgett and this is why I run.

I began smoking when I was 14 years old and continued to smoke for the next 33 years. What a gigantic waste of money, time energy and health. Even when I was smoking I was always concerned about lung cancer, throat cancer etc. I tried for years to stop. Cold turkey, gum, patch, hypnosis, medication study at UNMC, Zyban. I almost died from anaphylaxis due to a severe allergic reaction to Zyban. When Methodist Lung Cancer clinic opened with a study for low level CT Scans for lung cancer screening I was one of the first to sign up. I figured it if I was dumb enough to smoke then I should at least be smart enough to keep a close eye on what the smoking was doing to me. When Chantix came on the market I was more than ready to try again. Whenever I ran up the stairs at home I had to bend over at the waist to get air into my lungs. Plus I did NOT want to be a soccer mom who had to haul her oxygen bottle around with her to every game. I picked Labor Day of 2008, a reminder that I was laboring to breathe, to quit. Chantix was a game changer for me. Yes, it had some side effects, hard time sleeping, dreaming about my childhood, headaches, stomach aches. I simply made some adjustments to the dose and the timing of when I took the medicine. I made sure I took some Motrin and drank some milk before I took the first dose and I made sure that I never took it later than 330 pm. It took about 5 days to get over the craving and 5 days to understand which modifications I needed to make in order to stay on the medicine in order to quit the cigarettes.

I like beer. I truly believed that I would not be able to drink beer anymore. I was absolutely wrong. Drinking beer and smoking do not have to go hand in hand. I had a little bit of a craving, probably more from habit than anything, but it was not unbearable. I did eat a lot of sunflower seeds for about 6 months.

My husband continued to smoke for 2 years after I quit. He asked me what I wanted for my 50th birthday and I told him I wanted him to quit smoking. Being the amazing husband that he is he got a prescription from his doctor and began taking it on my 50th birthday. He just celebrated his 55th birthday.

I try not to be judgmental but I do send everyone I know who smokes in to the Methodist Lung clinic for a CT scan. I am thankful that I quit when I did or I am sure I would have continually worsened health. I haven't had bronchitis since I quit. No sinus infections. Nothing. I want everyone to have the chance to walk/run/live. If I can do that for people that can't do it for themselves, due to health issues, then I have succeeded. I am also proud that there is none of my children smoke. 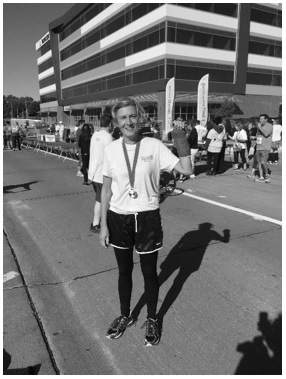 My name is Meghan Gollamudi and this is why I run.

I got tuberculosis when I was 22 , although I am completely cured, I do have difficulty breathing! To break through my fears and difficulties I wanted to take part in the event, and I am glad I did it! 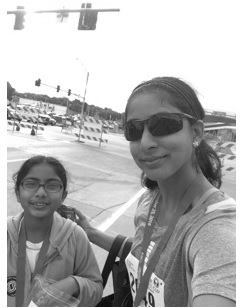 My name is Stewart Winograd and this is why I run.

My father did not smoke. My parents were divorced in 1978. He was diagnosed with lung cancer in 2003, a particular type of cancer that is associated with smoking, so second-hand smoke was the likely cause. He passed away in 2009.

I don't really have much of a story beyond that. Don't smoke is my conclusion. There isn't any additional research that needs to be funded as far as my experience is concerned.

I was a smoker too but unlike my mother I was never addicted to smoking. In fact if I started to smoke too much my body rebelled and cigarettes no longer tasted good. Over time it was not a difficult thing for me to give up. I understand that this is not a matter of strong vs. weak willpower. I was just fortunate that I did not have the makeup to get addicted.

My name is Kris Graulich and this is why I run.

My story is a simple one. To be honest, the best part of the story is about my oldest sister, Karen. She has done the Corporate Cup every year except for the first one! The only reason why she missed it is because she had heard about it too late. In 1997, my mom got diagnosed with lung cancer so I moved back to Omaha. My sister invited me to join her that year for the Corporate Cup in honor of Mom. We both were a lot younger and in better shape back then so we would run it. But now, we just walk it. Walk and talk and talk and walk. Sometimes we talk so much that we forget about our pace! One year I swear we finished last but no matter what, we always run the last 100 or so feet (quite the scene to watch I'm sure LOL!) The point is, it's a great event and a great way for my sister and I to spend time together. Last February, I was diagnosed with COPD. I have never been a smoker but I'm pretty sure it's from second hand smoke. So now I have another reason to walk the Corporate Cup. My sister and I have no plans on stopping anytime soon. Who knows, maybe in 20 years, you'll see two little old ladies in wheel chairs strolling and clucking like a couple of hens… strolling and clucking, clucking and strolling. 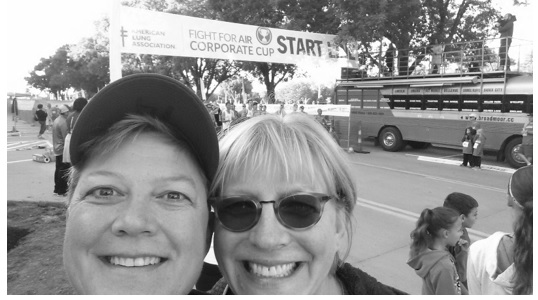