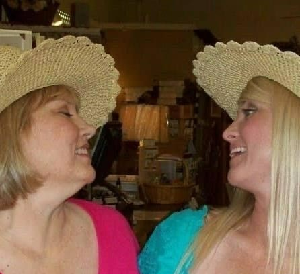 December 3, 2015; the day my life forever changed. My mother was diagnosed with stage 3 lung cancer in December of 2014. She was being treated by Mayo Clinic in Jacksonville, Florida for other health concerns when we were informed of a suspicious nodule on her left lung.

My mother was and still is my best friend. Throughout the year of 2014 to 2015, my mother underwent extensive chemotherapy treatments which was then followed by radiation. She fought as hard as she possibly could but, unfortunately, she lost her battle to lung cancer on December 3, 2015. My Mom was only 59 years old when she passed. She had so much life to still live and I needed her as a young woman in my mid-30s.

I know her body was exhausted from the horrific treatments and at the end of her radiation it had spread to the right lung and additional lymph nodes. There are no simple words to truly describe why LUNG FORCE is so important to me. I first got involved a few months after her death. I felt as if I needed to honor her legacy, and that is exactly what I did. I became actively involved, was on the Lung Association Cabinet and was a LUNG FORCE Hero for my commitment to this cause and my love for my mother. I have spoken several times on why LUNG FORCE is important and I have simply stated, "My mother was with me as I took my first breaths in the world and I was holding her as she took her last three breaths departing the world."

She is truly the hero and in that moment, life became a complete circle! I can only hope to utilize my personal grief of my mother's battle with lung cancer to educate to others about any and all lung diseases and, most importantly, honor my mother's legacy while being her voice and breaths! I love you to the moon and back, Momma.