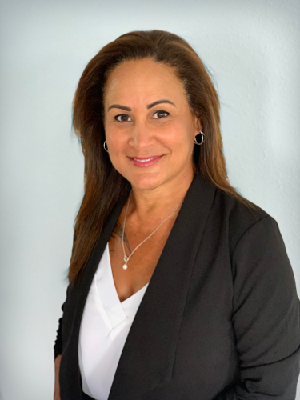 Patti Ponimoi is the Local Sales Manager for Summit Media in Honolulu. She oversees local sales efforts for radio stations Krater 96.3 FM, Power 104.3 FM, Hawaiian 105 KINE FM, KCCN FM 100, and KKNE AM 900. Patti is a veteran sales and communications professional with a career spanning more than 20 years, previously holding positions at Hawaii News Now, iHeartMedia and Hawaiian Airlines. She also served as the Secretary on the Board for Ka Ulukoa Volleyball Institute,  and is an active member of the Honolulu Executives Association.

Patti’s involvement as an ambassador is extremely personal. In late 2018, Patti went to an urgent care clinic after experiencing a pain in her chest area that felt to her like a very intense heartburn. While a blood test, ekg, and chest x-ray showed that her heart was healthy, the x-ray revealed a spot on the upper right lobe of her lung. After additional tests and a biopsy, Patti was diagnosed with lung cancer in January 2019. To her, it was a devastating surprise, especially because she had never smoked a cigarette in her life. Within a month, she had surgery to remove the cancerous lobe.

Along with the support of her husband, four children, two grandchildren, and countless extended family and friends, Patti was able to make a full recovery. Today, she is grateful to say that she is a lung cancer survivor for more than a year and continues to monitor her lung health. She is honored to share her story with others and proud to join with the American Lung Association and their efforts to end lung disease.

“Lung cancer has hit very close to home in so many ways. I lost my father in 1995 to lung cancer and fought my own battle against lung cancer in 2019. Never saw it coming because I always thought lung cancer only happened to smokers. Knowledge about lung cancer is key.”