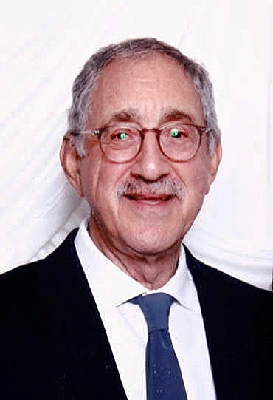 Julian Lipsher is the former Chief of the Chronic Disease Management & Control Branch at the Hawaii State Department of Health (DOH). With an undergraduate degree from the Boston University and a Masters Degree in Public Health from the University of Hawaii Manoa, Julian has been a constant figure in the public health landscape of Hawaii for the past several decades.

Besides serving as new member of the Lung Association’s Hawaii Leadership Board, Julian regularly volunteers with the Hawaii Public Health Institute, Kalaupapa National Historical Park and is on the Board of Directors of Family Promise Hawaii. He recently became a Master Gardner through the University of Hawaii’s College of Tropical Agriculture and Human Resources. Julian has most recently returned to the DOH as a volunteer to help with the states response to the COVID-19 virus.

Julian is raising funds for the Lung Association because he believes that without comprehensive efforts on both a national and community level to promote awareness of efforts to prevent lung disease and promote lung health Hawaii cannot expect to reduce the human and financial costs of their impact.

Personal Gift
Has made a donation to this event
Personal Progress
of Goal
$200 Raised
$1,000.00
Thank You Donors
Julian D. Lipsher
$200