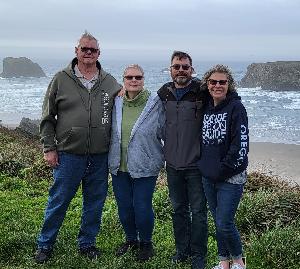 I am riding in honor of my father who has been struggling with COPD and other lung related issues for decades. It is painful for me to see how difficult it has become for him to stay as active as he wants to be and I can only hope that someday there will be a breakthrough that will prevent anyone else from having to struggle as much as my father has. He will never use it as an excuse to not do the things he wants to do, though! He is an extrodinarily strong man and I can only hope to be as inspirational to my children as he is to me.