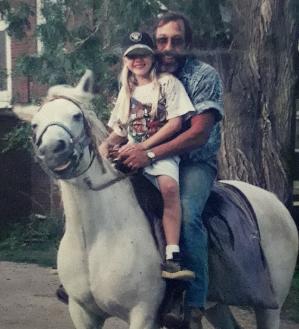 This year, I am once again riding in honor of my late stepfather, Richard Russ, who passed away of lung cancer at the young age of 56.  (The photo on my page is the only photo I have of him, luckily it's one where we're together.) Since I will be working the event, I will be doing my ride later in the summer. In August, I will be riding the Northwoods Route, starting in Grand Portage, MN and riding about 650 miles to Marquette, MI.

Participant
Registered for this event.
3