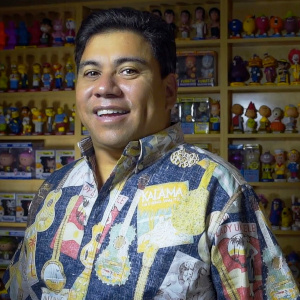 As the Unofficial Mayor of Pauoa Valley, Rex has been a successful advocate for various issues. Throughout his life, Rex has advocated for issues relating to kupuna, most recently helping with the campaign to pass the Kupuna Caregivers Act, the first of its kind in the nation. He’s been a strong advocate for second-hand smoke protections for workers and has fundraised for programs that help people quit smoking.

Rex is a bus driver by trade with over 35 years of experience as a TheBus driver and was voted as the Best Bus Driver Honolulu Weekly’s Best Of Honolulu series.

Rex is helping to raise funds for the American Lung Association of Hawaii because he has seen first-hand the devastation of not being able to breathe. Rex’s mother, Verna, faced lung complications due to lupus shortly before her death in 1999 and his father, Roy, lost his battle to cancer in 2000. He is dedicating the funds raised to the memory of his beloved parents.