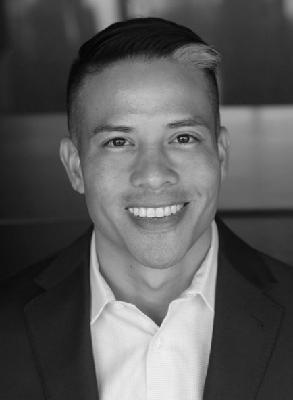 Tai Esteban Sunnanon is the founder and CEO of the strategic insights group, the premier mission-driven consulting firm in Los Angeles. He is also the Executive Director of Independent Cities Association, a membership based organization of independent cities throughout Southern California. He has spent over 20 years as an international social entrepreneur, university instructor, author and speaker.

Previously, Tai was an instructor at Harvard University and was also a visiting scholar at American University, Tel Aviv University, UC Berkeley, University of Vienna and Vanderbilt University. He has served his country as a Peace Corps Volunteer in the Republic of Palau, working to support Pacific Island economies, and will be commissioned as an officer in the U.S. Air Force Reserves in Summer 2019.

Tai speaks seven languages and is the recipient of several national innovation awards, including: Presidential Scholar, Ash Fellowship in Innovations, and U.S. Military Community Service Award. He serves as a Public Facilities Commissioner in West Hollywood. Tai completed his doctoral coursework at Harvard University, where he also earned his MPP and EdM degrees, and holds a BA from UCLA.

As an athlete, Tai and fitness go hand-in-hand. However, when he learned of a condition that keeps him from taking in oxygen at the capacity of the average person, staying healthy has become a top priority.   Working with the member cities of ICA have brought home that mission on a broader scale as he has a front row seat to the policies that shape healthier communities in Los Angeles.

** March 5 Update ** For his commitment to service, Tai Sunnanon, is not able to actively fundraise for a cause this important to him, as he will be at Maxwell Air Force Base in Alabama for his Officer Training School for the next few months. We salue and congratulate you, Tai, for your efforts. He has offered to facilitate introductions with his ICA colleagues to support this cause.