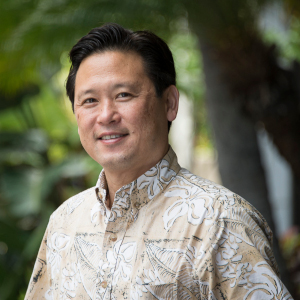 Howard Lee has led UHA Health Insurance as President and Chief Executive Officer since May 2011. Howard is a proven leader, overseeing UHA’s overall growth and profitability, while moving the company toward a wellness-driven culture. He has been a key driver in bringing workplace wellness solutions to market for Hawai'i employers. As a result of this focus on workplace wellness, Howard was instrumental in launching UHA’s subsidiary, the Hawaii Health at Work Alliance (HH@WA) in 2013. HH@WA brings together Hawai'i employers of all sizes and industries to learn from each other’s knowledge and experiences in the area of workplace wellness. This collaborative group is working toward the shared goal of a happier, healthier more productive workforce for the state.

Howard joined UHA Health Insurance as Chief Financial Officer in 1997 and served in that role until 2005. He was promoted to Chief Operating Officer in 2003 and then was named Executive Vice President in 2004. In addition, Lee has served on the UHA Board of Directors since 1999 and served as Treasurer from 2004 to 2011. Prior to joining the company, Howard served as Vice President and Controller with Magoon Estate, Limited and Guenoc Winery, in Hawai'i and California, from 1991 to 1997, and served as an Audit Manager with Coopers and Lybrand International, CPAs from 1984 to 1991.

Howard is supporting the American Lung Asociation in Hawaii because “we need to bring to attention the importance of clean air.  It is essential to our survival and a common resource to all humans.”